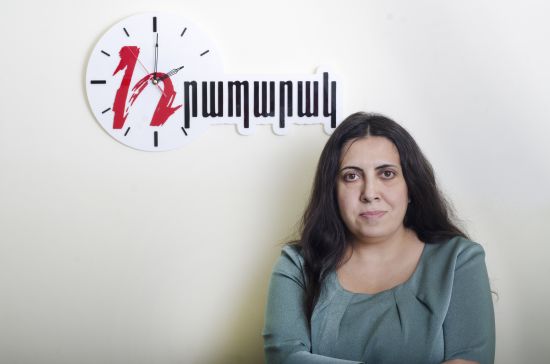 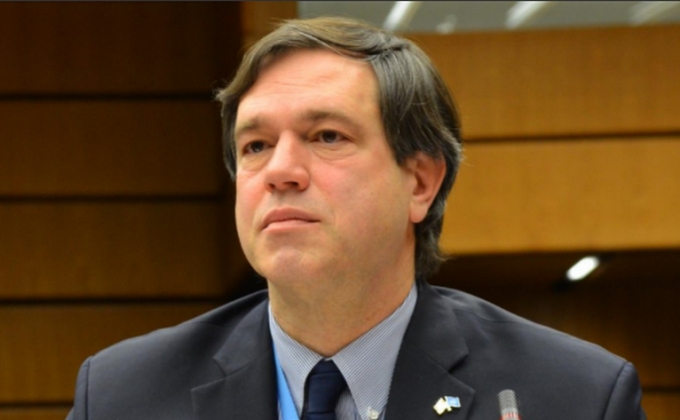 On March 1 I was told from the US Embassy to Armenia that Mr. Andrew Schofer - the US Co-Chair of the OSCE Minsk group had expressed readiness to take couple of questions from an Armenian journalist. So if interested, I may send the questions. It’s well known that diplomats often grant interviews not that much for addressing questions, but rather for voicing certain statements. Therefore if the US Co-chair had expressed readiness to deliver a written interview from Washington to Yerevan, then most probably, there was something he wished to voice. I sent the questions on the same day.

Mr. Schofer’s answers were received at Embassy and passed to me on March 6th. After looking through the replies I got impression that this interview was arranged for stating the unacceptability and impossibility of military solution to NK conflict. Why the Us Co-Chair had considered necessary to emphasize it with an interview right now, I can’t guess. However my questions and responses were as follows.

**-Sir, as much I remember it’s always told and repeated that the NKR conflict should be settled on the base of three core principles of the international law - non-use of force, territorial integrity, and the equal rights and self-determination of peoples. With non-use of force everything is understandable, but to my impression there’s great discord on Armenian and Azerbaijani sides when it comes to interpretation and application of the remaining two principles. How do the Minsk group co-chairs see the ways of uniting the territorial integrity and people’s self-determination principles in a sole solution for NKR conflict?**

-Our longstanding policy, shared by the Minsk Group Co-Chairs and other members of the Minsk Group, is that a just and lasting settlement must be based on international law, which includes the Helsinki Final Act and the core principles of the non-use of force or threat of force, territorial integrity, and equal rights and self-determination. The United States, as a Minsk Group Co-Chair Country, remains fully committed to working with the sides to help find a peacefully negotiated settlement, and believes firmly that there is no military solution to the Nagorno-Karabakh conflict. Moving the process forward in a positive direction will require continued good faith efforts on the part of the parties to the conflict, the Co-Chairs, and the international community, and will ultimately require some very tough decisions on all sides.

**-After the serious worsening of the situation at the Contact line between the NKR and Azerbaijan in April 2016, some meetings followed between the Armenian and Azerbaijani FM-s and Presidents, still the Armenian authorities repeatedly state that there isn’t much advancement on Azerbaijani side towards honoring its commitments undertaken in Geneva, Vienna and St. Petersburg for de-escalation of tensions at Contact line, installation of more sophisticated security mechanisms, etc. Are those statements of Armenian authorities accurate? And if yes, then what do the co-chair countries may do to oblige Azerbaijan to respect its commitments?**

-I would refer you to the Minsk Group Co-Chairs’ February 11 statement calling on the sides to honor the commitments made during the October 2017 summit in Geneva to take steps to intensify negotiations and reduce tensions along the Line of Contact. We will continue to work with the sides to implement these commitments.

**-According to one Wikileaks cable disclosed some years ago, President Ilham Aliev had told to an Western diplomat that Mikheil Saakashvili (then President of Georgia) could well tell foolish things, but he wasn’t that fool to act foolishly. It seems to me that Mr. Aliev’s above saying could well characterize his own recent blunder about conquering back Yerevan, etc. Am I right? To your opinion should Mr. Aliev’s blunder be laughed and disregarded, or it’s a serious piece of war rhetoric that should be condemned and confronted, as President Sargsyan summons to do?**

-Obviously we don’t comment on Wikileaked reports. With regard to the situation in the region, again I would refer you to the Minsk Group Co-Chairs’ February 11 statement, which urged the sides to refrain from inflammatory statements and provocative actions.

**-And with your permission my last question. This is a question that almost a year ago, I asked also Matthew Bryza. It long seems to me that President Aliev’s ultimate motivation and goal is to damage Armenia and the NK problem is just a tool that brilliantly caters that goal. As long as the tool works resulting in blockade, sealed Turkish border, etc. hardly Aliev will give it up. Would you agree with me? Still if you won’t, then why?**

-As a Minsk Group Co-Chair Country, the United States is committed to helping the sides find a peaceful solution to the Nagorno-Karabakh conflict.